Perceived Health Benefits of Off-Grid Products: Results of an End-User Survey in Uganda 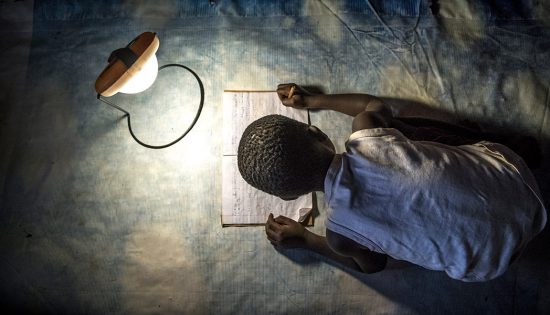 We collected detailed household, social and economic data from the respondents, as well as their response to open-ended questions concerning the health benefits associated with each product. Benefits described by the respondents were catalogued according to the most common categories, such as improved eye health, better breathing and fewer burns, in the order in which they were mentioned. While all three products were widely associated with positive health benefits, SHS generated the most robust response in terms of the range and frequency of benefits cited.1 By ranking the benefits in the order they were cited, we observe that solar products are strongly associated with improvements in eye health and fewer burns, while cookstoves are associated with improved breathing and reduced exposure to smoke.

Further, we were able to identify specific customer attributes that had a measurable effect on shaping the benefits that were experienced, meaning which and how many benefits were mentioned for each product. We found that the perceived health benefits of solar lanterns are influenced by a variety of customer attributes, including location, income and education, while the number of benefits is influenced by therespondent’s gender and the duration of ownership. For SHS, family size proved to be the only statistically relevant variable, with larger families citing multiple health benefits.

Among the three products, cookstoves generate fewer perceived health benefits among a narrower range of categories. Seventy percent of cookstove users reported benefits from reduced exposure to smoke and fire. Using machine-learning techniques, we identified that, among the remaining 30 percent, poor, ruralhouseholds were the least likely to mention health benefits in relationship to their cookstoves. Through follow-on interviews, we identified several barriers that are preventing these customers from using their stoves. We detail these barriers in section 7. The manufacturer has since modified the design of this stove, so these findings should not be generalized beyond the specific model that was in use at the time of our study (see Appendix 2: Product Specifications).

Or
If you’ve linked your account to one of the following social networks, please click on the relevant icon to log in
Not a member yet?
Request invitation
Cookies help us deliver our services. By using our services, you agree to our use of cookies.